The Briton came and colonized Singapore, this is the start of modern Singapore

This is the only suspension bridge and one of the oldest bridges in Singapore, it's manufactured in Scotland in 1868 and transported to Singapore, once it's assembled and it's can open. It's named after the last governor, it has a nick name "love bridge"...

The bridge was completed in 1910 and was named after the Governor of Sir Anderson, during the Japanese Occupation of Singapore (1942–1945), the severed heads of criminals were hung on Anderson Bridge as a warning to discourage citizens from breaking the law. It also forms a distinctive part of the F1 Singapore Street Circuit.

National Gallery Singapore occupies two national monuments: former Supreme Court and City Hall. Landmarks of Singapore’s colonial past and journey to independence, the buildings have borne witness to many pivotal events in the nation’s history.The Japanese occupied Singapore, renaming it as Syonan. Admiral Mountbatten accepted the surrender of the Japanese forces.

It's Singapore most prestigious hotel which was built in 1887, over the decades, its hallowed halls have played host to the rich and famous, including Charlie Chaplin, Somerset Maugham, Elizabeth Taylor and Karl Lagerfield. It also made its mark in local society, being the address where the last tiger in Singapore was killed, the birthplace of the iconic Singapore Sling.

Haji Lane is one of the hottest spots in the city. From funky murals to quirky cafes, I will show everything you need to know. You will be amazed by the wall murals with run all the way up and down the famous Singapore street. By the way do you know what Haji means? Let me tell you then.

Singapore largest sultan mosque, it's prayer hall can contain 5000 devotees to pray simultaneously, if we visit by the right timing, we can go in to take a look. The muslims pray five times a day, are you curious to know what's the timing? Why the mosque in "onion" shape?

Previously Malay Sultan House, also named Istana Kampong Glam, is a former Malay palace in Singapore. It is located near Masjid Sultan in Kampong Glam. The palace is gazetted as a national monument.

Bugis was one of the ethnic races lived on Singapore, they were fishing men. Bugis Street was renowned internationally from the 1950s to the 1980s for its nightly gathering of transvestites and transsexuals, a phenomenon that made it one of Singapore's most notable destinations for foreign visitors during that period. Now is billed as "the largest street-shopping location in Singapore".

A traditional Chinese temple in Singapore. The temple is of significance to the Chinese in Singapore, and is believed to bring worshipers good luck after praying to the Kuan Yin or Avalokiteśvara, the Goddess of Mercy.

Little India today is one of Singapore’s most vibrant districts. As you walk down Serangoon Road and neighbouring streets, explore their mix of Hindu and Chinese temples, mosques and churches. Sri Veeramakaliamman Temple, one of Singapore’s oldest Hindu temples, is a distinctive landmark in the heart of Little India.

Every year, the bustling streets of Singapore’s city centre roar to life with the revving of car engines at the annual FORMULA 1 GRAND PRIX. We will see the F1 Buidling, start and finish point. If the racing track is open, we will able to have a F1 BIKE RACING.

Let's have a picture with the Asian Largest Flyer (Freewheel)

Stop At: Gardens by the Bay

The lush and beautiful Gardens by the Bay is dominated by the sleekly sculptured biodomes—marvels of architecture, design and engineering. Let's take photo with these two domes and keep our memory alive.

The stunning Marina Bay Sands building has put its definitive stamp on the Singapore skyline. It's definitely a must to take photos with this iconic building and share with your friends.

This Bridge links Esplanade with Merlion Park, standing at the highest point to take a photo with Marina Bay Area and Central Business District.

Merlion, Singapore tourism icon. You must be curious to know what it stands for, this half-fish and half-lion, let me share with you the stories why Singapore is nicknamed "lion city". I will take a fabulous picture for you, the water spew into your mouth from Merlion! I've taken thousands such photos and I know the best location and position to take lasting memory photos! Your friends will be jealous!

Built in the 19th century, Lau Pa Sat, which is Singapore first vegetable market with distinctive octagonal shape and ornamental columns, has long dominated the local landscape with its striking presence. A true Singapore landmark.

Singapore’s oldest Chinese temple which was built in 1842 and is steeped in heritage, and is a must-visit for history aficionados and those curious about oriental culture. There are five doors to the temple, do you know which door is the right one for enter and exit? Why there are dragons on the roof? What it stands for? I will share all these interesting culture with you.

This small hill is named after Ann Siang who was a rich businessman, it's used for spicies plantation. There is a preserved well at the foot of the hill, in the past it's the water that support the residents who lived in Chinatown.

This majestic place of worship is a repository of Buddhist wisdom and relics, and is home to an artifact of religious reverence. Take a walk through one of Singapore’s must-see cultural sites, the Buddha Tooth Relic Temple & Museum, and marvel at an impressive array of Buddhist relics. The five-storey temple is known for its extensive collections on Buddhist culture, art and history. Immerse yourself in Buddhist culture at The Buddha Tooth Relic Temple & Museum.

Exploring Chinatown, a bustling mix of old and new Chinatown is one of Singapore’s most exciting districts, where old meets new, and traditional tea houses and hawkers still ply their wares amid chic galleries and hipster cafes. Old Chinatown was a riot of colour, where opera houses and opium dens competed for space with wet markets and street hawkers. I will share with as much as possible fun stories about Chinatown and Singapore history. If you like Chinese food, I will be much glad to personalize food tour to you after bike tour.

The bike shop is just beside the road, I will be awaiting the travelers, please ring my mobile +6593878695 in case can't find me. 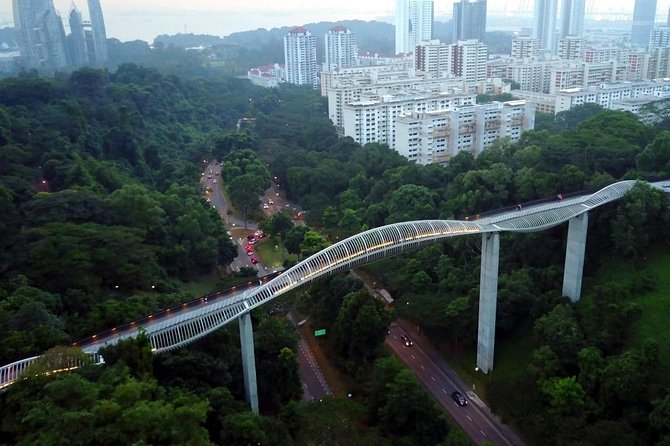 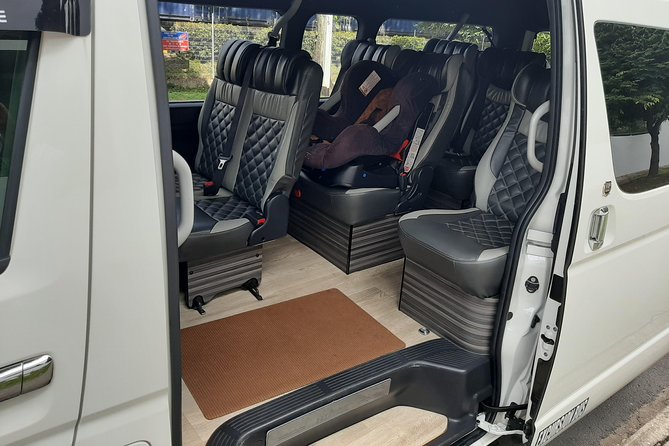 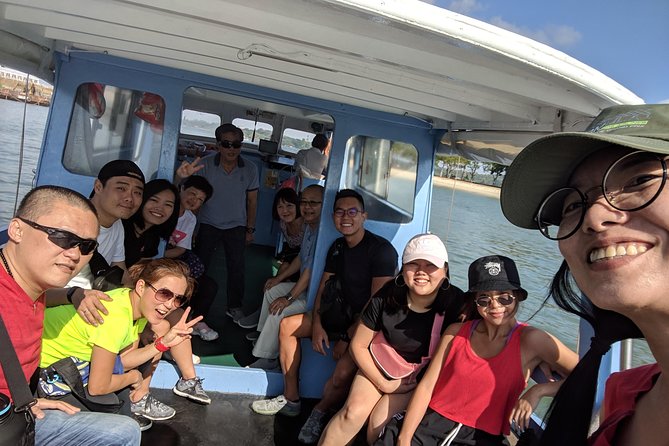 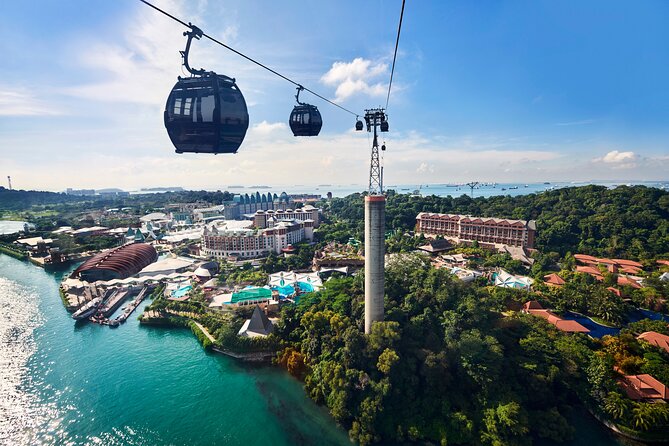 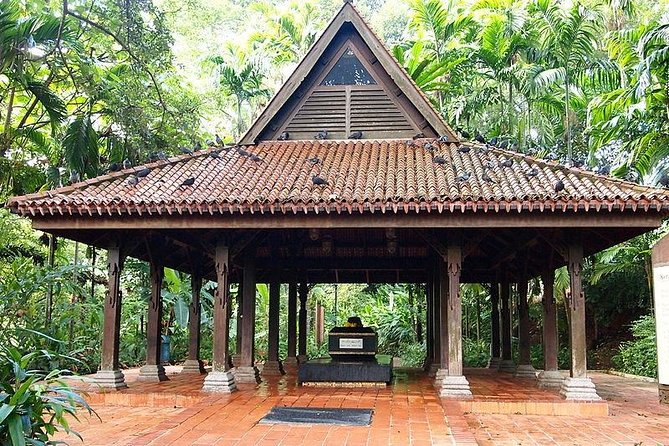 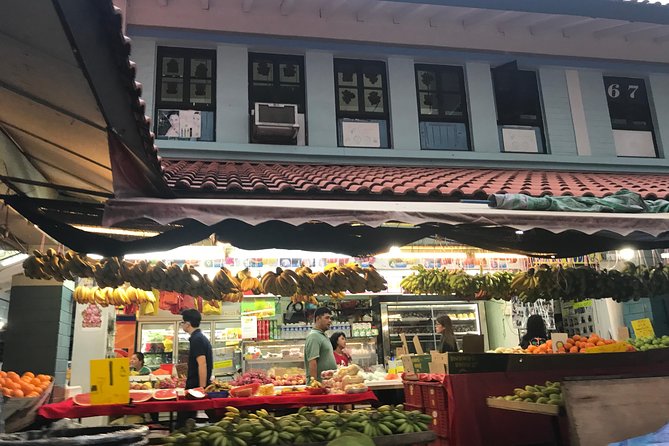