The Dambulla temple has five caves and 157 statues of the Lord Buddha, many paintings on the ceilings and walls that emphasis the artistic talent of ancient days. The history of the caves, rock and temple dates from the 1st century BC. The fascination of these caves is not only the statues but also the many intricate and delicate paintings that cover the ceiling and walls, created with indigenous traditional paints. Because of the history, archaeological and artistic implications, the premises were declared as one of the UNESCO World Heritage sites in 1991. The temple has been in use for over 22 centuries and still holds a sense of benevolence and spirituality. Visitors may climb up steps to the temple and the view from the top of the rock is as inspiring as the temple’s golden interior. It is also believed to be home to prehistoric Sri Lankans as burial sites have been found with skeletons that are about 2700 years old. However, only after the arrival of Buddhism in Sri Lanka did the caves flourish. It is traditionally thought that Valagamba of Anuradhapura had the caves converted into a temple. He was exiled from Anuradhapura at the time and was seeking refuge from South Indian usurpers. He spent 15 years in hiding within the caves before reclaiming his capital and as a way of thanking the gods built the temples with the caves he once hid inside. The statues and art found within the cave truly highlight the artistic abilities of those living in the past. It is well persevered and a walk through the caves will prove to be both insightful and a very memorable experience. • Cave # 1 - The Devaraja Lena - The Cave of ' Lord of the Gods' • Cave # 2- The Maharaja Lena - The Cave of ' Great Kings ' • Cave # 3- The Maha Alut Viharaya - The Cave of ' Great New Temple' • Old Timber Work and water drip ledges of the Rock caves • Cave # 4- The Paccima Viharaya - The Cave of ' Western Temple' • Cave # 5- The Devana Alut Viharaya - The Cave of ' Second New Temple'

Called by many names including “The Lion Rock” for its initial name of “Sinhagiri”, Sigiriya is near the town of Dambulla and is a colossal column of rock nearly 200m high. It was a royal citadel for 18 years (477-495) when it was fortified by King Kasyapa. The architectural and irrigational technologies of Sigiriya, such as the Water Gardens, still baffle engineers. The climb up steep steps of metal with railings passes a wall decorated with frescoes of bare-breasted women. Art experts consider them unique. The summit of the rock is a hectare in area and the outer wall of the palace was constructed on the brink of the rock with gardens and ponds softening the harshness of the eerie. Since it was constructed over 1,500 years ago, it is claimed by enthusiast as the Eighth Wonder of the World and is anyway a World Heritage Site. King Kasyapa selected the rock as the capital for his kingdom due to its strategic point when fending off invaders. A gateway in the form of an enormous lion was built and thus gave it the name Lion’s Rock. However after the death of the king the capital and kingdom were abandoned by its people and it served as a Buddhist monastary until the 14th century. The frescoes are probably Sigiriya’s most popular attraction. The whole face of the wall has been used as a picture gallery which to this day have been preserved. The paintings are said to have been of the Anuradhapura period. However the style of painting is unique to that of any found in Anuradhapura during its golden years.

Pidurangala Rock Temple History, Climbing Pidurangala, Tourist Information Pidurangala is a massive rock formation located a few kilometers north of Sigiriya in Sri Lanka. It has an interesting history closely related to that of the Sigiriya Rock Fortress. Being less grand and far more difficult to climb it is often overlooked by tourists. Like Sigiriya, Pidurangala was formed by volcanic activity. Whilst Pidurangala appears larger than Sigiriya; its upper surface is steeply sloped and is of solid rock. For this reason it was not suitable for large-scale building activity. The rocky outerops that surround the central rock gives one an indication of what the area around Sigiriya may have looked like prior to its clearing and preparation as a royal citadel. The Pidurangala area has been occupied on and off for over two thousand five hundred years by monks who lived in the caves around the site. It really came into prominence when King Kasyapa (477- 495 AD), who built Sigiriya, moved monks living around Sigiriya Rock to a newly refurbished and enlarged temple and monastery here at Pidurangala

A safari in the Kaudulla national park in Sri Lanka is a bucket-list aspiration for many tourists, which mean the place is an absolutely incredible wildlife spectacle. Located in the historic city of Polonnaruwa in Sri Lanka, Kaudulla national park presents an ample of opportunities for travellers to spot majestic elephants in their natural habitats. In addition to the elephants, sambar deer, Sri Lankan axis deer, chevrotain, wild boar, Asian spoonbill, grey-headed fish eagle, painted stork and openbill stork are common visuals at the park. Aside from these, one could rarely capture the glimpse of leopard and sloth bear in the forest. Going on a bumpy ride through an evergreen forest of Kaudulla national park along the small trails is a great adventure, wildlife enthusiasts can’t say ‘NO’ to. The Kaudulla reservoir being the life blood to the wildlife of the park, attracts herds of elephants during the dry season from nearby Minneriya, Wasgamuwa and Somawathiya national parks

Minneriya tank is one of the oldest man-made tanks in Sri Lanka and played an important role in the ancient irrigation system of the island. Minneriya is one of the several tanks built by King about eighteen centuries ago. Even today it serves to hundreds of thousands of people and farmers in the area by storing excess water during the rainy season and then releasing what is stored during the drought. Due to its many different types of vegetation and habitat, the area of around lake is also home to over 170 species of birds, including: migrant waders such as wood and common sandpiper and Kentish plover; forest birds like the Malabar-pied hornbill, Rufus woodpecker and the globally-endangered lesser adjutant, and endemic species including Sri Lanka grey hornbill, Sri Lanka green pigeon, brown-capped babbler and Sri Lanka jungle fowl. The orange-breasted green pigeon, emerald dove and green imperial pigeon can also be seen, as well as a host of other migrating forest birds.

Habarana is a popular tourist destination for safari lovers as it is the starting point for safaris in the nearby Habarana jungle and the Minneriya sanctuary which is heavily populated by elephants.[1] Elephant back riding is also an attraction in this small city. Habarana is situated nearby to the ancient rock fortress and castle/palace ruin of Sigiriya and is situated on the main road from Colombo to Trincomalee, Polonnaruwa and Batticaloa.

The Hurulu Forest Reserve in Sri Lanka is a thriving eco system with a variety of creatures. It was designated as a biosphere reserve in 1977. The forest reserve is a very important habitat of the Sri Lankan elephant. The animal is known for its migratory behavior and does so especially in the dry season between the forests situated around the area. The Hurulu forest reserve represents the dry-zone dry evergreen forests Sri Lanka. There are many other protected areas situated around Hurulu Forest Reserve. Ritigala strict nature reserve, Minneriya-Girithale and Mahaweli flood plains nature reserves. There is no record of the number of people who live in this forest reserve. Cultivation is their main means of living. In Recent times the expansion of human settlements and forest clearance have resulted in a human–elephant clashes. Translocation is the conventional solution taken to solve the issue.

We will start the tour from the main entrance of the Dambulla cave Temple. The tour start at Morning 7.00 am. If you are staying in a hotel which is located in Dambulla / Sigiriya Area, We will pick you from hotel and provide transport at the end of the safari without any additional charges. 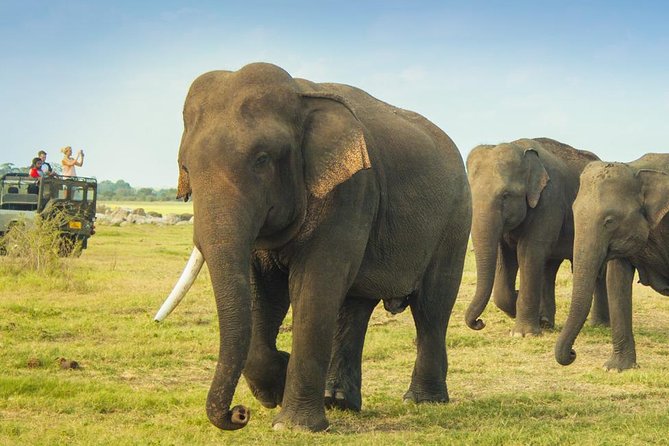 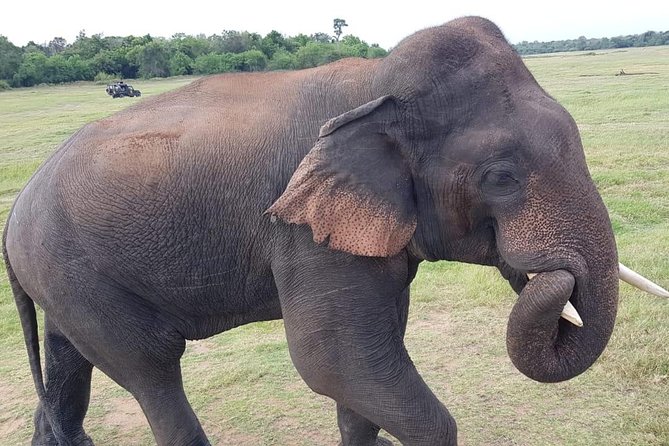 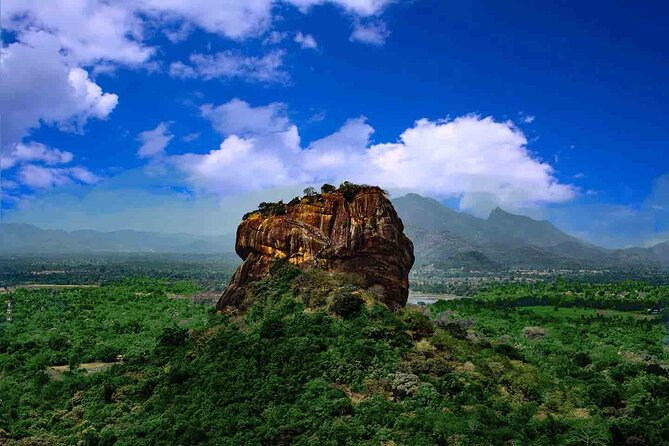 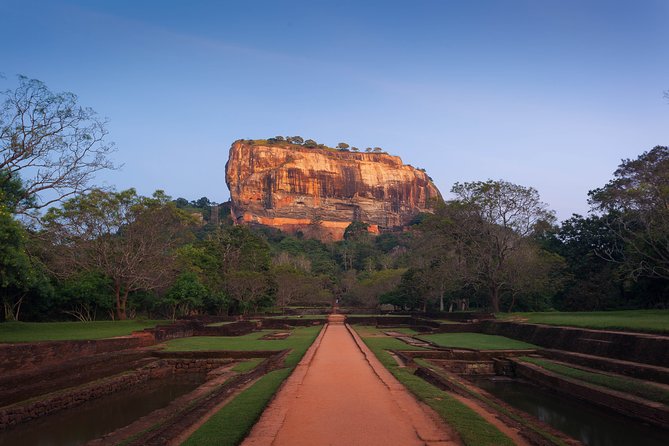 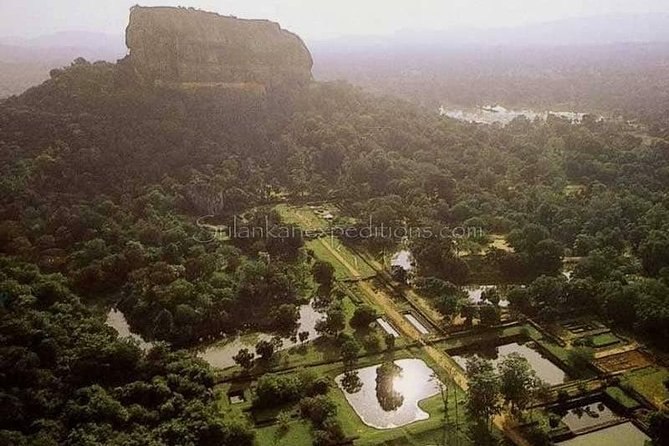 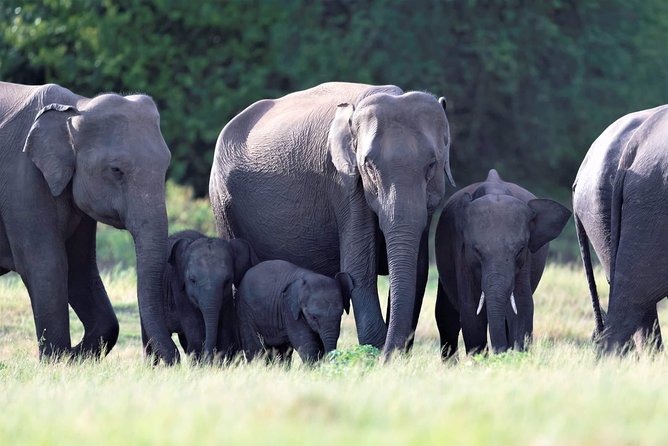 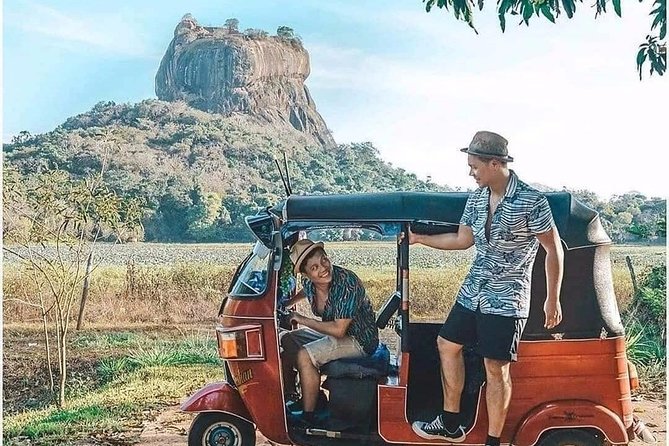