Fossen Bratte, also called Brudesløret, Eikedalsfoss or Brattefossen is one of the big waterfalls near Bergen on the way between Bergen and Norheimsund in the region Hordaland. Although Steinsdalsfossen is the main attraction in the Bergen region with busloads of people, some people find Fossen Bratte maybe even more impressive. Fossen Bratte means steep waterfall and that is a statement: The river Eikedalselva thunders down in a single drop over 79 meters.

Steindalsfossen is a waterfall in the municipality of Kvam in Hordaland county. The waterfall is one of the most visited tourist sites in Norway. From the parking lot, the path goes along the waterfall, up a hill, and behind it where visitors can walk dryshod "into" the rumbling water. Steinsdalsfossen is 46 metres (151 ft) high, with a main drop of 20 metres (66 ft), and has the greatest volume when the snow melts in May and June. Steinsdalsfossen is part of the Fosselva river that comes from the water of the lake Myklavatnet located 814 metres (2,671 ft) above sea level in the mountains above the waterfall. The Emperor Wilhelm ll of Germany visited Steinsdalsfossen nearly every summer from 1889 until the start of World War l in 1914. The waterfall was formed in 1699 when the river found a new race.

The Hardangerfjord starts at the Atlantic Ocean about 80 kilometres (50 mi) south of the city of Bergen. Here the fjord heads in a northeasterly direction between the island of Bømlo and the mainland. It passes by the larger islands of Stord, Tysnesøya, and Varaldsøy on the north/west side and the Folgefonna peninsula on the south/east side. Once it is surrounded by the mainland, it begins to branch off into smaller fjords that reach inwards towards the grand Hardangervidda mountain plateau. The longest branch of the Hardangerfjord is Sørfjorden which cuts south about 50 kilometres (31 mi) from the main fjord. Its maximum depth is more than 860 metres (2,820 ft) just outside the village of Norheimsund in the middle of the fjord

Hardanger bridge is a suspension bridge across the Eidfjorden branch of Hardangerfjorden in Hordaland county, The bridge connects the municipalities of Ullensvang and Ulvik. It replaced a ferry connection between Bruravik and Brimnes, and thereby shortens the driving time between Oslo and Bergen. It is the longest suspension bridge in Norway. The bridge is 1,380 metres (4,530 ft) long, with a main span of 1,310 metres (4,300 ft). The maximum deck height is 55 metres (180 ft) and the towers reach 200 metres (660 ft) above sea level. The main span is one of the longest suspension bridge span in the world. It is also the longest tunnel to tunnel suspension bridge in the world. On the south end of the bridge, cars immediately enter the 1.2-kilometre (0.75 mi) Bu Tunnel that goes under the village of Bu, while on the north side of the bridge, cars immediately enter the 7.5-kilometre (4.7 mi) Vallavik tunnel which includes a 500-metre (1,600 ft) long segment to a rondabout inside the tunnel. At the roundabout, cars can take another 500-metre (1,600 ft) long tunnel that leads to Ulvik or they can take a 7-kilometre (4.3 mi) long tunnel to Granvin.

Vøringsfossen waterfall is the 83rd highest waterfall in Norway on the basis of total fall. It lies at the top of Måbødalen valley in the municipality of Eidfjord. It has a total drop of 182 meters (597 ft), and a major drop of 163 meters (534 ft). It is perhaps the most famous waterfall in the Norway and a major tourist attraction on the way down from Hardangervidda to Hardangerfjord.

Pick up from your hotel or private address in Bergen 7.00 am 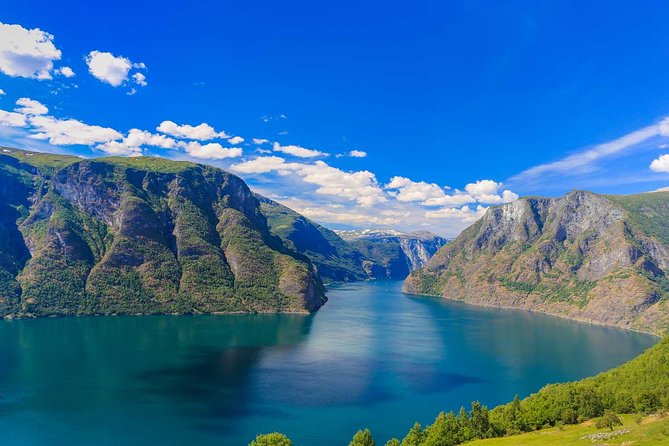 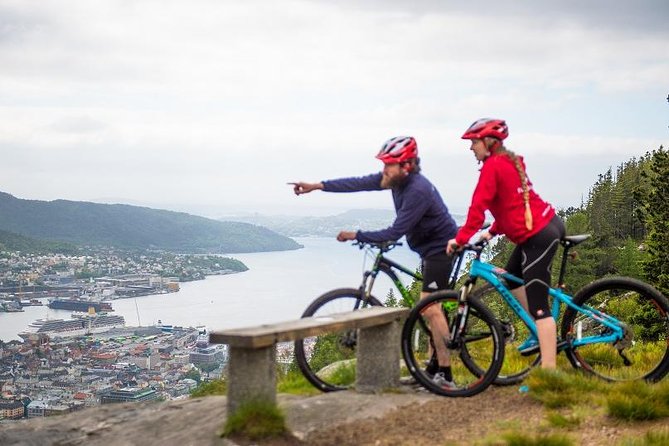 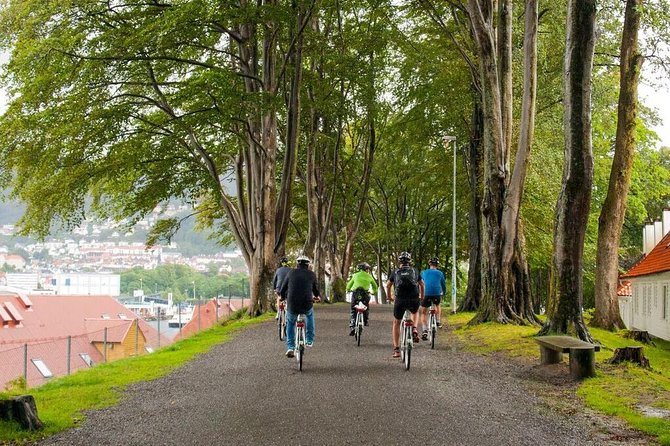 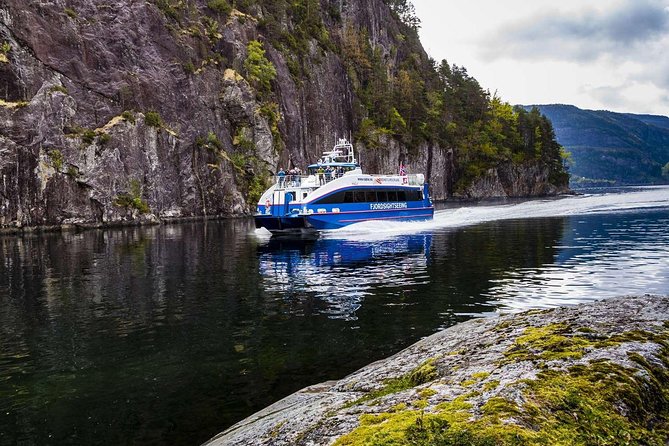 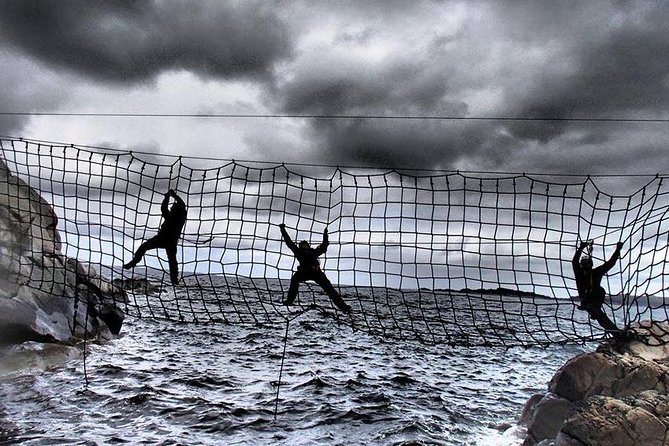 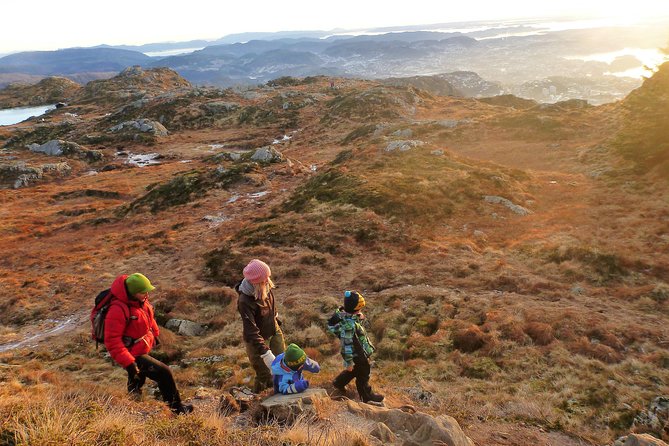 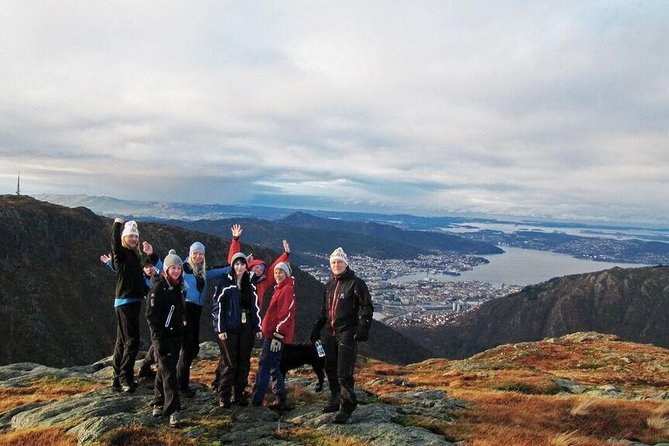 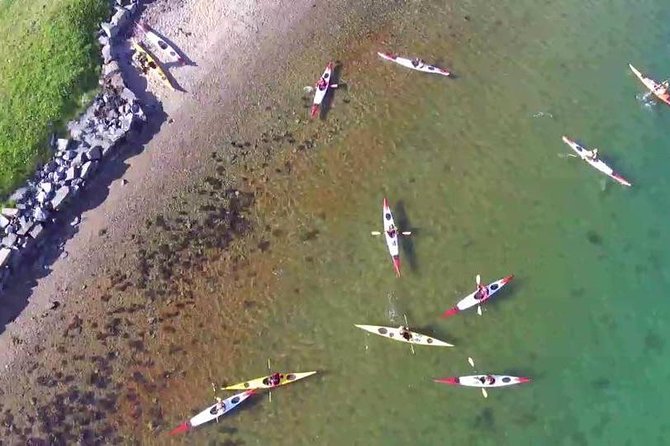