Akhtala Akhtala is a town and municipal community in the Lori Province of Armenia, located along the Shamlugh river, on the slopes of Lalvar mountain. The modern name of Akhtala was first recorded in a royal decree of 1438. The etymology of the name Akhtala is believed to be of Turkicorigin, meaning white glade. The original Armenian name of the settlement where the monastery is built is Pghindzahank literally meaning copper mine.

Haghpat Haghpat is a village in the Lori Province of Armenia, located near the city of Alaverdi and the state border with Georgia. It is notable for Haghpat Monastery, a religious complex founded in the 10th century and included in the UNESCO World Heritage Listalong with monasteries in nearby Sanahin. The monastery is a magnificent example of medieval Armenian architecture that has been attracting increasing numbers of tourists. Haghpat Monastery is listed among the UNESCO World Heritage List. The village lies on a dissected plateau, a large flat area dissected by deep "cracks" formed by rivers, including the river Debed. The villages of Sanahin and Akner, as well as a part of Alaverdi, lie in plain view on neighbouring sections of the plateau, however a steep and long descent to and ascent from the river is required to travel to them.

Stop At: Monastery of Sanahin

Sanahin Sanahin is a village in the northern province of Lori in Armenia, now considered part of the city of Alaverdi. The village is notable for its Sanahin Monastery complex, founded in the 10th century in the Lori Province of Armenia. The name Sanahin literally translates from Armenian as "this one is older than that one", presumably representing a claim to having an older monastery than the neighbouring Haghpat Monastery. The two villages and their monasteries are similar in many ways, and lie in plain view of each other on a dissected plateau formation, separated by a deep "crack" formed by a small river flowing into the Debedriver. The complex belongs to the Armenian Apostolic Church with numerous khachkars and bishop gravesites scattered throughout it.

We pick up our guests from all hotels and from internation airport. 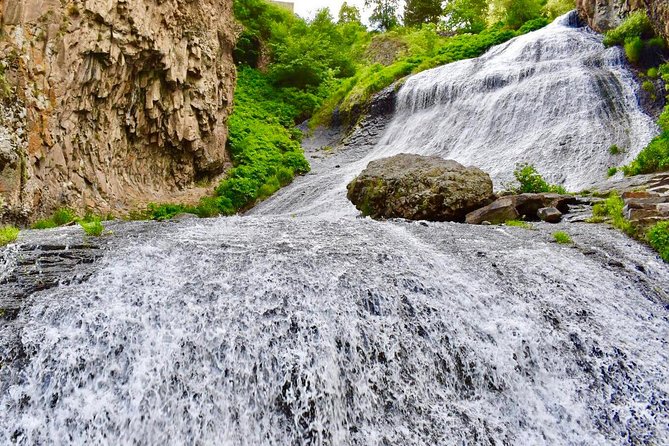 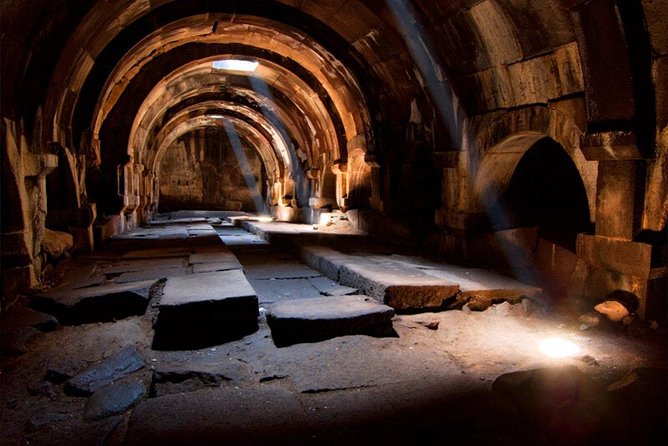 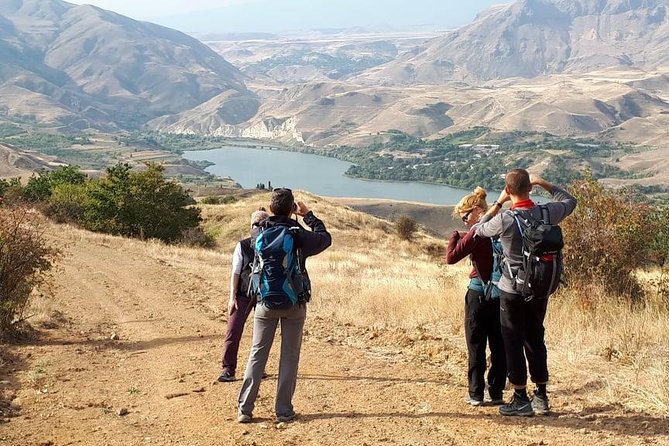