Santorini In One Day Private Tour

Stop At: Castelli of Emporio

Explore this quaintness village, the largest one, boasting wonderful windmills on the top of the hills, fortified medieval castles, these of Castelli and Goulas, blue dome churches, old churches, one of which dates back to 3rd century. Walk through narrow labyrinth streets painted in white, between staircases climbing almost vertically up to miniature balconies, doors in a row, seeming to lead nowhere, overhead bridges between houses, arches, domes –all characterised by the renowned plasticity of the malleable volcanic material.

Guided tour to the so-called “Prehistoric Pompei” or “Lost Atlantis”, an important Minoan Bronze Age settlement of the Aegean, which was destroyed by a huge eruption during the 17th century BC. The settlement was buried under the volcanic ash, which preserved the whole city in perfect conditions so as to be referred often as “Prehistoric Pompei”. It has also been suggested as a possible inspiration for Plato's story of Atlantis. The site has been excavated since 1967. (1 & ½ h, Entrance Fees not included in the price.)

Short Stop for photos at the famous volcanic beach, well known for the unique colour of the sand, and the hill behind it. Soaring red lava cliffs which drop right to the sandy shore into the clear blue sea. (Photo stop).

Stop to the highest peak of the island (567 meters), which is located between Pyrgos, Kamari and Perissa. From this vantage point, you will enjoy a striking view of the entire island, from the patchwork agricultural plains to the hilltop village of Oia (Photo stop).

One of the longest beaches in Cyclades and the most popular black sandy beach in Santorini. Perivolos is considered as the trendiest beach of the island and offers a big variety of restaurants, taverns, cafes, beach bars & watersports. Free time for lunch, swimming and relaxing

Discover the facilities of a traditional winery and taste Santorini’s distinctive wine as you admire the spectacular view of the volcano. Taste 3 different varieties and learn about Santorini's unique vineyards.

Transfer to the most photographed places in Greece. Admire its sunset and the small white cave houses dug into the volcanic rock, as they get interspersed by splashes of rich ochre, deep fuchsia, cobalt blue, oyster pink and earthy red.

We will pick up all travelers from any location in Santorini. 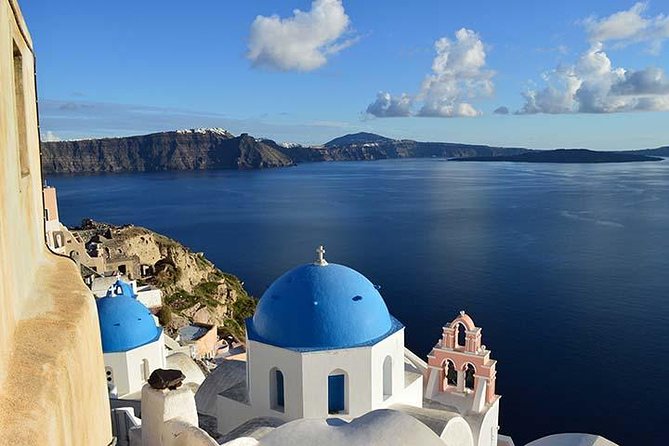 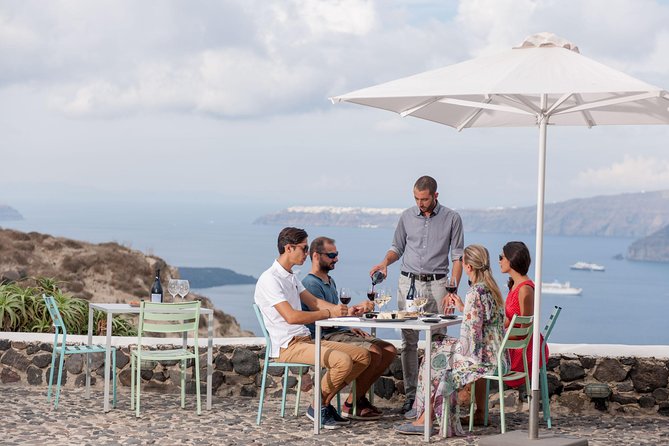 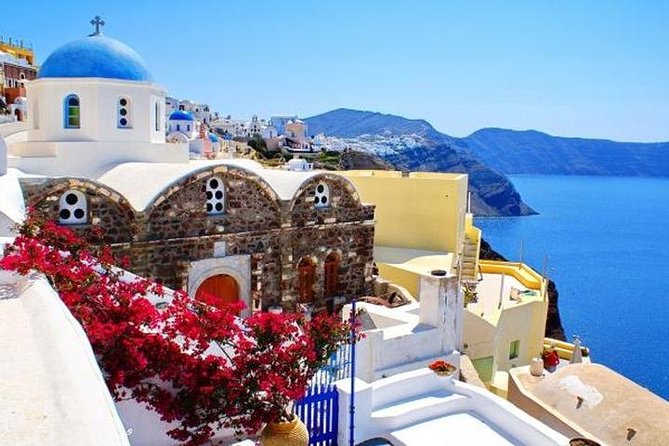 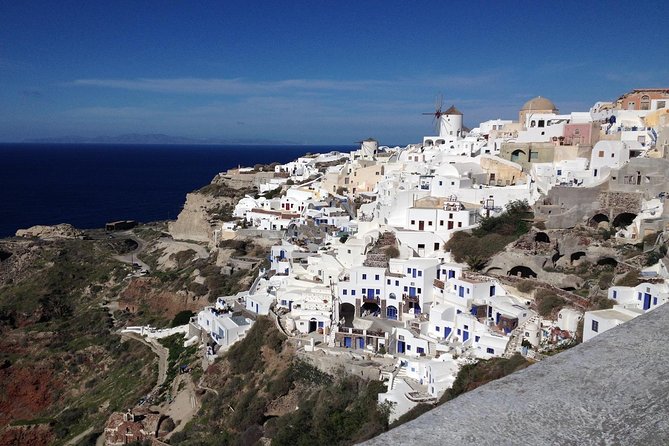 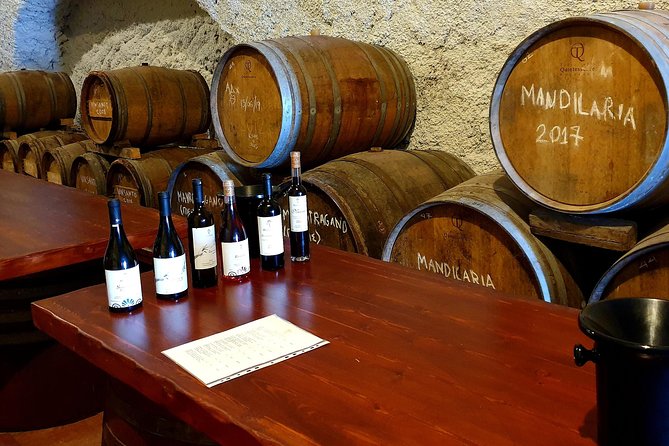 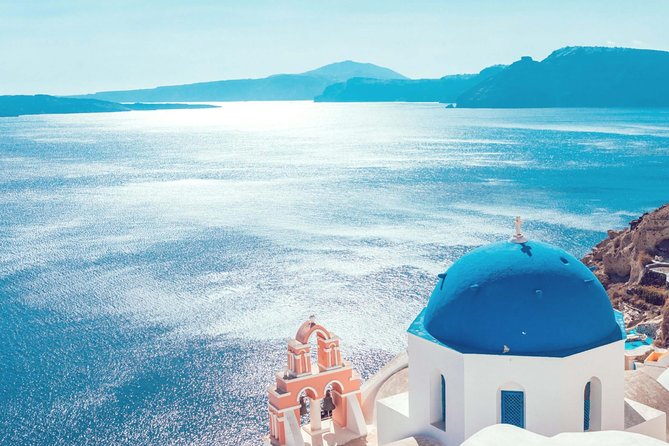 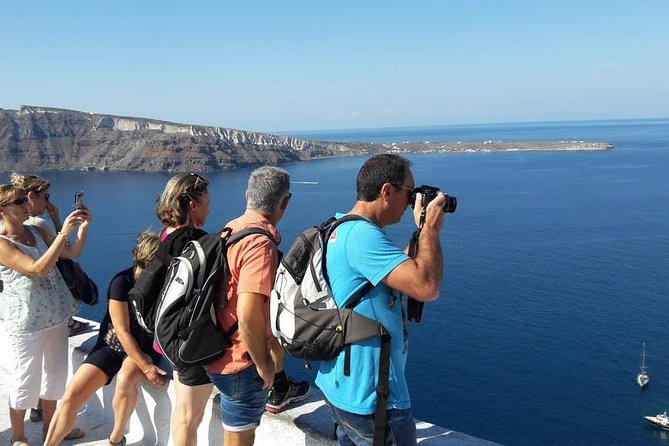 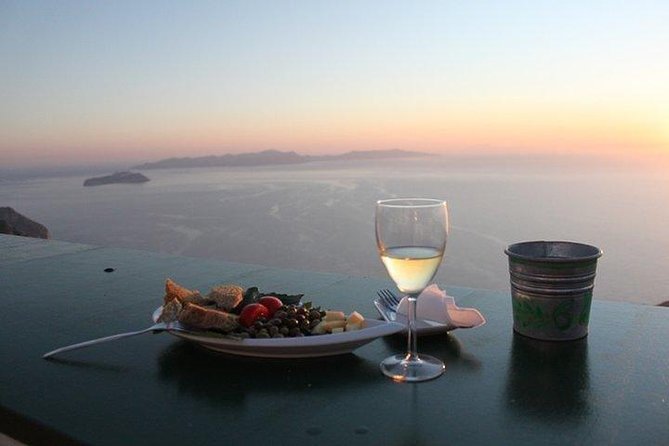