Early departure from the Quito city to connect with an Andean scenic view in some minutes. The Cotopaxi National Park is located 77 km south of Quito above 3900 to 5894 meters or 12 795 feet to 19 337 feet. Then, one hour and fifteen-minute drive on the Panamerican Highway, you arrive at the main entrance of the National Park. Good moment to taste an energy drink known as Coca Tea. This andean beverage was drunk by Incas and mitigate certain discomforts caused by effects of the altitude. Afterwards, the vehicle will take us to the lower area of the Park which altitude is 3900 meters or 12 795 feet above seal level. On this altitude, it is located the Limpiopungo Lagoon. The lacuna is a perfect place to start the hiking around this place in one hour or so. The wildlife that sorrounds the lagoon are wild horses or rabbits, andean gulls, coots, lapwings and sandpipers. Occasionally, the Andean Condor are planning the Park and could be spotted up in the distance.

After a short break the trip continues on the south of Andes. Several towns can be seen when we are passing by, the trip will be a mixture of mountains, eucalyptus forest and green pastures that are mixed with the syncretism of the people. Perhaps, indigenous children look´s catch you in their sweet dreams or thoughts. Time after, a church with more than 400 years of history and life can be visited. The church called Balbanera was built in 1534 and the historians told us, it was the first church built by the Spaniards in ecuadorian indigenous territory. The following activity is to walk around the Colta lagoon. The lacustrine complex appears choked with a golden reed called Totora. Also, it is named by locals such as the duck lagoon. Take the vehicle and continue the trip to the city of Alausí. The five-heritage city is the jumping-on point for the famous Devil´s Nose Train tour. The warm weather of the city will welcome you for a well-deserved rest.

Start the day with a nutritious and delicious breakfast. Take the Devil´s Nose Train in the local railroad station. Enjoy a train ride on a sinuous railroad that falling 500-meter ramp of altitude approximately. In this place, a very complicated engineering plan took place at the beginning of the XX century, since the mountain had to be drilled in order to set the railroad up. For this reason, the american Ing. Archer Harman who was the CEO of this project had to design and built the railroad like a sig sag railroad to allow the locomotive loaded with people and commodity thus, the train ramps up and down to arrive in Quito or Guayaquil.

Afterwards, visit another outstanding ancestral ruin known as Ingapirca. It is one the most significant archeological Inca site in Ecuador. This complex has been conserved for centuries to the present time. The ruins represent a fusion of Cañari and Inca architecture, since these group of structures were built by the Cañari cultural group as a religious and housing centre. Later, in the XV century the sovereign ruler of the Inca Empire settled and built a ceremonial and religious site. Get in the car, it is moment to drive to Cuenca city. The “Athens of Ecuador” is the second world´s heritage city in Ecuador.

Cuenca was declared a cultural heritage of humanity by the Unesco in 1995. The city is located on the south of Ecuador at 2538m asl. Cuenca is the capital of the Azuay Province. The population is 50000 inhabitants which 70% of people is “mestizo”. Cuenca possess the largest church in Ecuador. This massive religious structure was designed and constructed by the Brother Redemptorist Juan Bautista Stiehle. The Brother were born in Daechingen, Germany in 1829 and died in Cuenca in 1899. The catholic church has a renaissance gothic style with three domes that were assembled in the roof as a replica of the Basilica of Saint Peter from Rome. The two frontal towers in the beginning also were designed with domes but due to architectural failures they were not built. The cathedral´s construction began in 1885 and ended 90 years later in 1975. It accommodates 8000 people inside and attracts hundreds of catholic devotees. The “City of the four rivers” offers other activities that you can discover according with your likes or enthusiasm as well. Our guide will tell you about the benefits and sites that can be visited in this cultural city so, you can choose the best ones from.

Now, we head on the west of Cuenca to visit the Cajas National Park. The Park is within the Andes western mountain range. The altitude range is 3156 – 4450 meters or 10354 – 14600 feet above sea level. Its extension is 288 km² or 71166 acres. In this natural area, rivers, creeks, ravines and streams complement each other to forme out a big interconnected lacustrine system. The average temperature is 2°C - 18°C or 36°F - 64°F. In the Park exists several archeological sites or roads such as Capac Ñan (The Andean Inca Trail), which links different regions on the highlands and the coastal region. These sites were part of the Pre-Columbian and Inca period and were used for trading the Spondylus Shell, it is object was considered a local currency for economical transactions.

Upon your arrival in Guayaquil, we enjoy the Malecon 2000, known as Malecon Simon Bolivar as well. This boardwalk is visited for Ecuadorians and foreigners. The area comprising a pedestrian Street by 2.5 kilometers along the Guayas River, with well-tended gardens, restaurants, shops, clothing stores and a small dock. From the dock, we can observe the Morgan Vessel, that works like a museum. After four fantastic days, it is time to say goodbye, so you can connect this trip with the next one. As part of the itinerary, we will drop-off you at the hotel that you previously booked, as we will undertake a trip back to the city of Quito... see you next time. 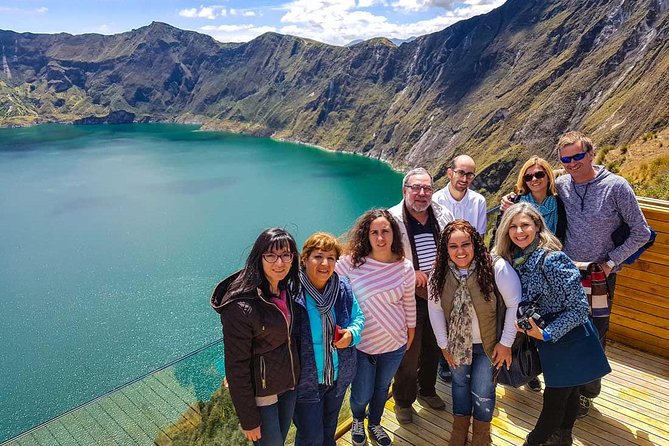 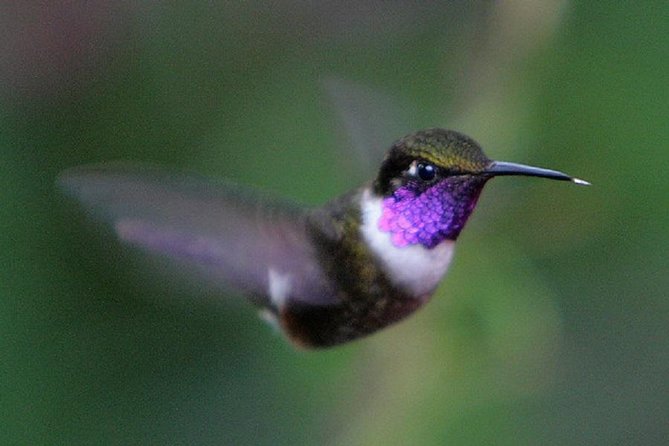 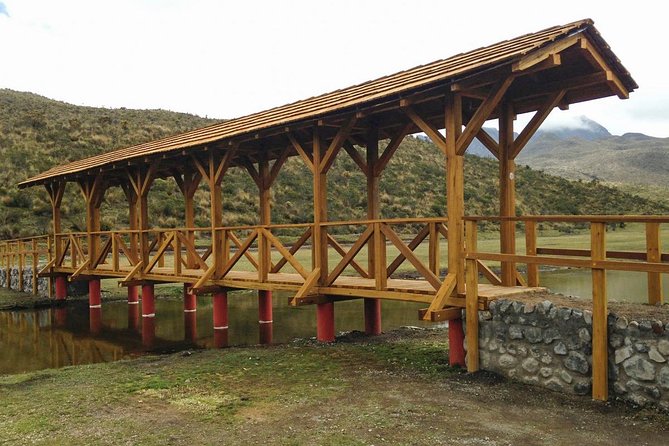 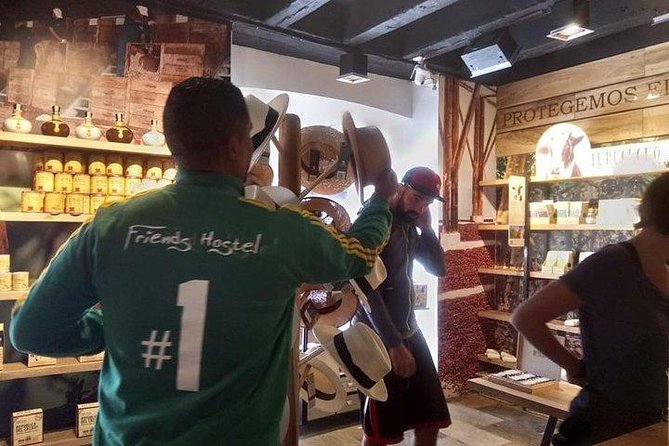 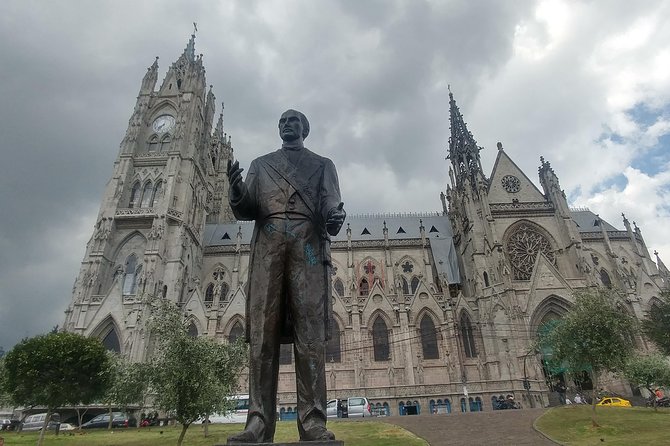 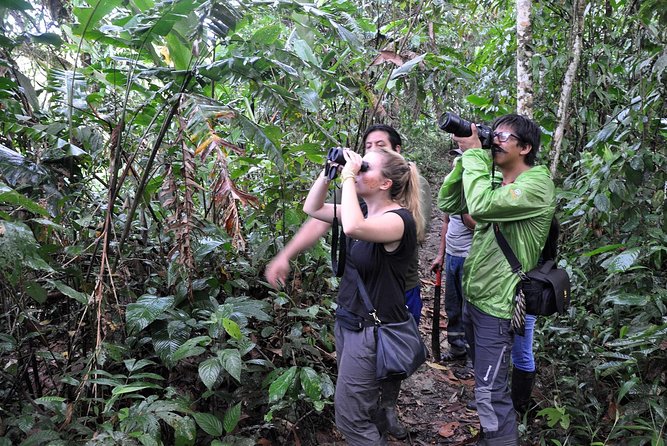